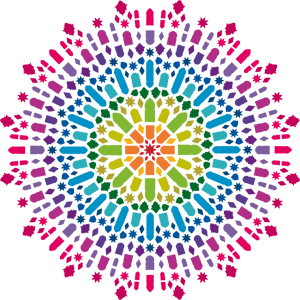 Mantras are commonly used in Buddhism and Hinduism as a form of meditation. This can also be a powerful way for Catholics and other Christians to center themselves to enter into quiet prayer time.

A mantra is a word, sound, or phrase repeated to aid in your concentration while meditating. A mantra can be as simple as the word 'love,' something you are thankful for, or a phrase such as "Jesus, I trust in you". You can also meditate on an affirmation, such as "I am a child of God". Scripture and standard prayers can give you a focus.

You can choose a mantra for yourself depending on what you are needing in life. This is why our mantras can change from day to day. Here are some ideas for Catholic mantras:

"Jesus, I trust in you"
"Thy will be done"
"I am a child of God"
"Let it be done unto me according to your will"
"Love one another"
"Grant us peace"
"Today I choose joy."
"Let go and let God"
"I can do all things through Christ, who strengthens me."
"Lord have Mercy, Christ have Mercy, Lord have Mercy"
"Blessed are the poor in spirit..."
"Thank you God for all that is good"

Pray these phrases and spend some time in silence just listening to what God has to say to you. Choose your own mantra, or find one in scripture that fits with what you are needing today.

At the end of another faith formation year it is always good to review! Below we have short introduction videos and some "fast facts" about each of the faith traditions we talked about this year. Below those  are videos and "fast facts" on the faiths of Hinduism and Buddhism, two major world religions we did not get to address in our sessions but are very well worth taking a look at. I have also included the answers to some of the questions that the teens asked about these faith traditions in our last session.

As a family discuss things that interest you about these different religions and most importantly, what we can learn from them as Catholics.

Lucky for us, Des Moines has POP UP YOGA DSM!  You can join in free Yoga classes all around the metro area, Not only is it a great workout for your body and soul, but this opportunity allows you to engage in the community. Sign up for their list and never miss an event! http://www.popupyogadsm.com/